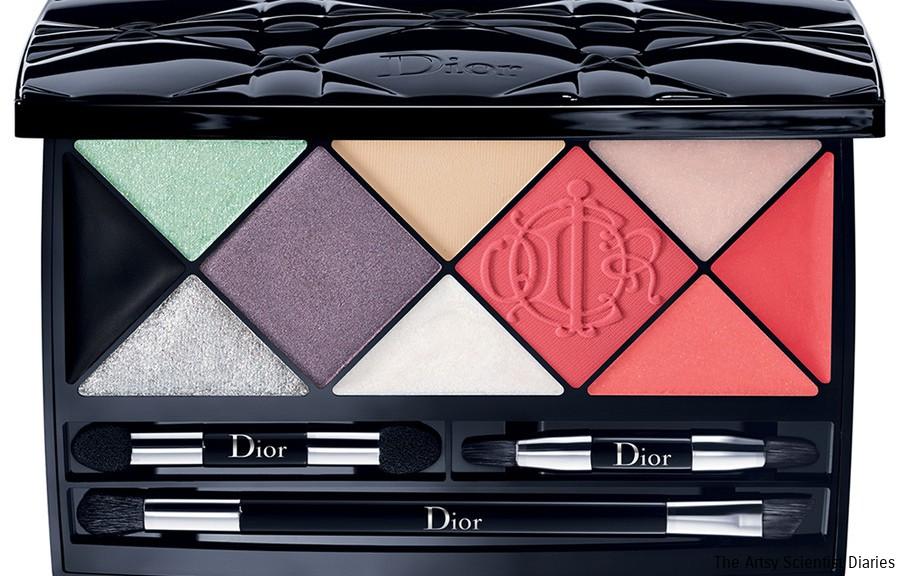 Several weeks ago Sunny posted a very interesting review of the palette DIOR Kingdom of Colours Nr.001. The majority of the commenting people were puzzled about the purpose of this palette. Some of them said that it was ridiculous to mix different textures in the same box, the others complained about the size of the powder/blush/highlighter/etc. Guys, I mean, really, who buys SUCH an expensive palette because of the powder? It’s definitely not a traveler’s kit, but rather a luxurious thingy that you’d like to add to your collection. Well, I am not collecting make up. I simply use it. Sometimes, around the camelia 🙂 but still, I use it. And this palette is not an exception. I won’t show you the pics of the swatches and of the palette itself (it’s already half full in certain pans). I will show you two looks.

Look #1
I used my favorite tinted sun protection by SkinCeuticals and fixed it with compact powder by Shiseido.
Here comes the palette: the blush on the cheek and into the crease, the highlighter on the cupid’s bow and on the brow bones, the silver eyeshadow in the inner corner and the purple eyeshadow + the eyeliner in the outer corner. I blended them with the green-ish eye shine. Lips: the lipstick. Look #2
Same steps for the face, blush and highlighter. The purple eyeshadow on the lower eyelid + the eye shine in the middle, the eyeliner along the upper lash line. Lips: the fair lip gloss. In both looks I used a black It-lash mascara

P.S. My iPhone obviously can’t render the colors. I promise to use a real camera and provide better pics next time.

One thought on “DIOR Kingdom of Colours Nr.001”