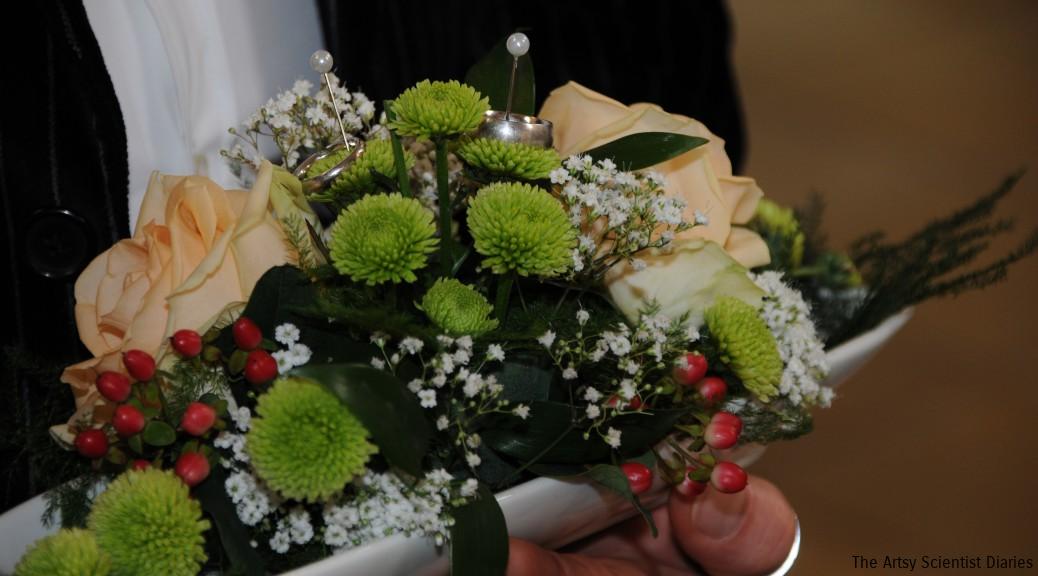 The whole crochet dress was a little bit too much for me, but a skirt having similar “scales” felt like a right and pretty extraordinary choice. I tried different patterns and materials and finally chose silk organza (6 meters), satin and organza ribbons (about one kilometer) and pearls (no idea, how many). First, I made several samples of a “scale” using simple stitching, embroidering, ribbon stitching. Then, out of several samples I chose the one that looked best and required the minimum of effort (relatively, of course). Finally, I made a sample of the skirt, cut it into “scales” and calculated the time it would take me to make them. Three months. Well, it took me four months to make them. And it was worth it! My husband loved my outfit and was telling EVERYBODY that I made it myself. I will stop talking about it right now. I’ll just show it. 2 thoughts on “My Wedding Dress”